“Content-injection”, as used in this article, means the inserting of HTML content into web pages going through a router. The idea is not new, and can be done in a variety of ways. Indeed, you might recall that years ago I did something similar using transproxy and privoxy, which I called the coova captive frame. With developments in and the interest in ad-paid WiFi, it’s time to review the feature once again, this time natively in [CoovaChilli](CoovaChilli)(/CoovaChilli).

introduced the concept of the external chilli_redir daemon in order to implement selective proxying of requests that match certain regular expressions against the request HTTP headers. This feature, for instance, can allow you do selectively add to your walled garden not just based on IP address and port, but also the URL path. Expanding on this proxy server feature, [CoovaChilli](CoovaChilli)(/CoovaChilli) now has the ability to inject content into HTTP requests that run through it’s proxy.

Keeping the injected HTML to a minimum, I decided to take advantage of the HTML script tag and to load a small GWT application into every text/html HTML content response. Going through CoovaChilli’s proxy server, our locally served (by chilli) application looks to be from the same server as that serving the HTML (therefore, avoiding any browser security issues).

To illustrate with an real example, here is a GWT application that creates a dynamic top banner. 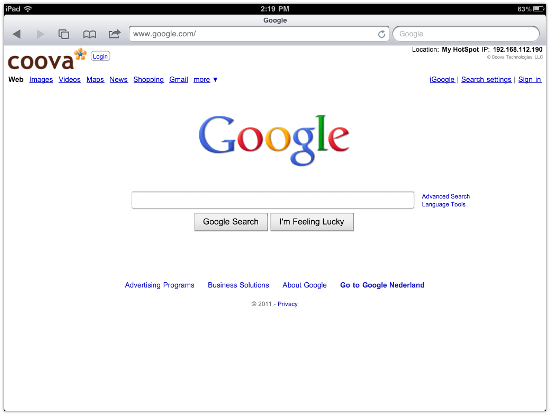 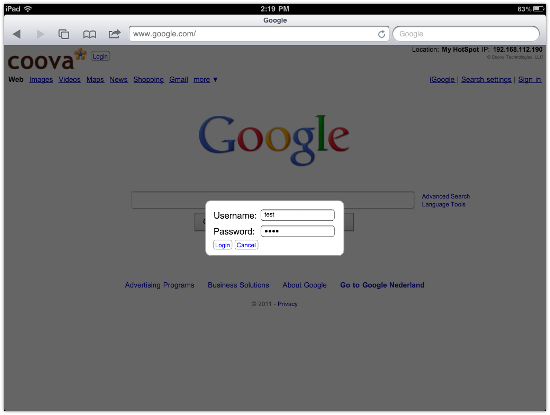 When logged in, it can show the session accounting information, also thanks to the JSON API. 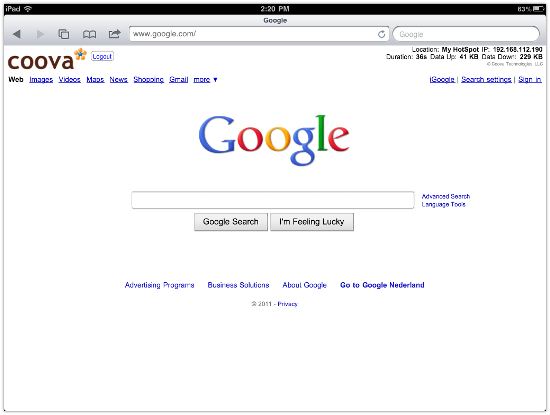 While discussing new features, one that is maturing nicely is Layer3 Only operation. Traditionally, only operated at a Layer2 level - directly handling all ARP and DHCP. Internally, chilli maintains a one-to-one relationship between MAC address and IP address of subscribers. When you build with –enable-layer3 (and run with run-time argument –layer3) this all changes. [CoovaChilli](CoovaChilli)(/CoovaChilli) will no longer handle Layer2 and will only track subscriber sessions based on IP address.

(This site is under reconstruction. If there is an article that you can't find here, let us know and we will work to get it back online.)